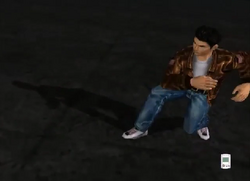 This move involves the evasion of an opponent's attack, while moving behind to attack from the blind spot.

Retrieved from "https://shenmue.fandom.com/wiki/Shadow_Step?oldid=18109"
Community content is available under CC-BY-SA unless otherwise noted.