Yu Suzuki (鈴木 裕 Suzuki Yū, born June 10, 1958) is a Japanese game designer and producer who has spent his entire career with Sega Enterprises. He is also the creator and director of the Shenmue series.

Often referred to as Sega's answer to Shigeru Miyamoto, he has been responsible for the creation of many of Sega's most important arcade games such as Hang-On, Out Run, After Burner II, Virtua Fighter, Daytona USA and Virtua Cop. In 2003, Suzuki became the sixth person to be inducted into the Academy of Interactive Arts and Sciences' Hall of Fame. IGN listed him at #9 in their Top 100 Game Creators of All Time list. 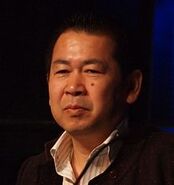 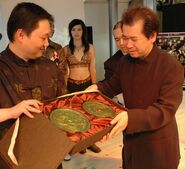 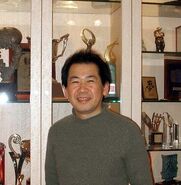 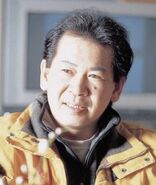 Add a photo to this gallery
Retrieved from "https://shenmue.fandom.com/wiki/Yu_Suzuki?oldid=18271"
Community content is available under CC-BY-SA unless otherwise noted.